Visual updates to the team page

Describe a feature you would like to have added to GmodStore

I think there could be made multiple improvements to the teams page. More specifically what I am referring to are these pages: https://www.gmodstore.com/teams/2887

Allow team owner to select a background similar to script submissions. This would allow teams to significantly make their team page stand out.

Instead of having a separate tab for "Members", show them on the first page the user sees. 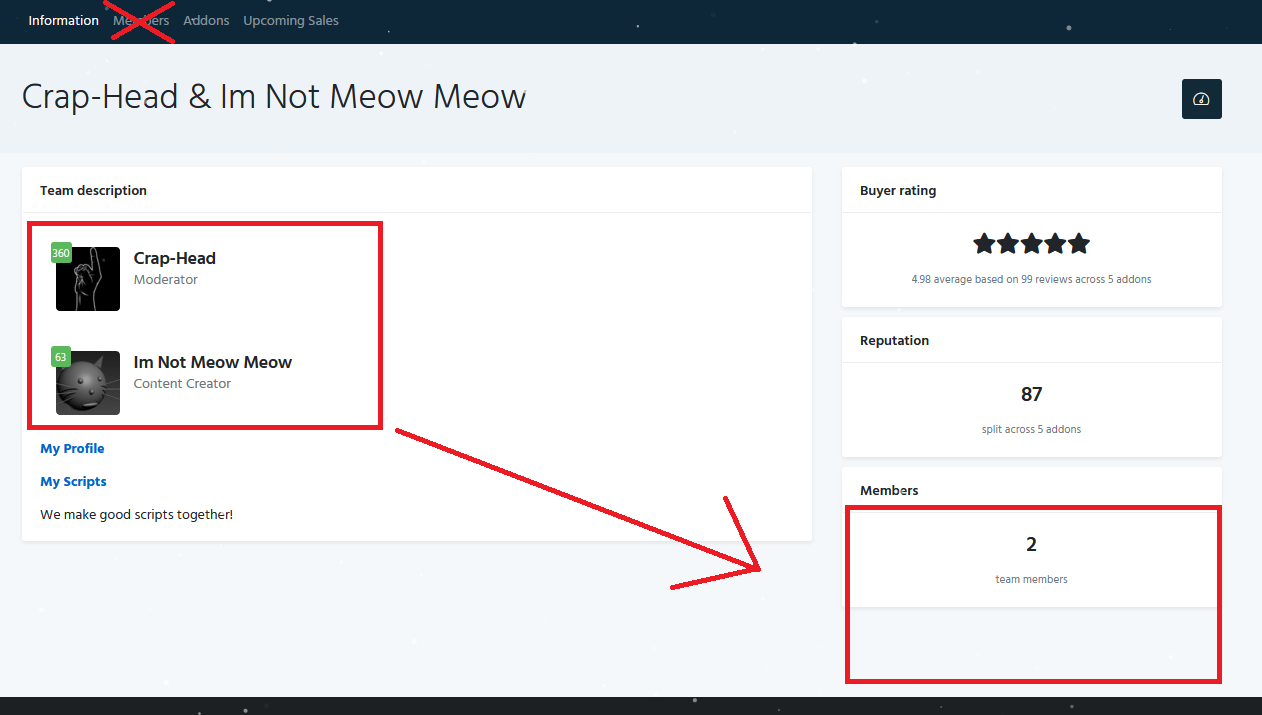 Above is an example of how members could easily fit on the first page. Why? I think it will give users who check out the team a higher chance of noticing it's member. Simply seeing the reputation of said developers could improve the changes of buyers purchasing the script.

Should just be a matter of taking the code for the members page and putting it where it shows "2 members" to display the members with their reputation? yaya ez pzz

Similar to where the "Buyer Rating" is shown, it might or might not be worth showing a few reviews IF they are curator featured on one of the teams scripts.

The one place for your designs

To enable design management, you'll need to meet the requirements. If you need help, reach out to our support team for assistance.